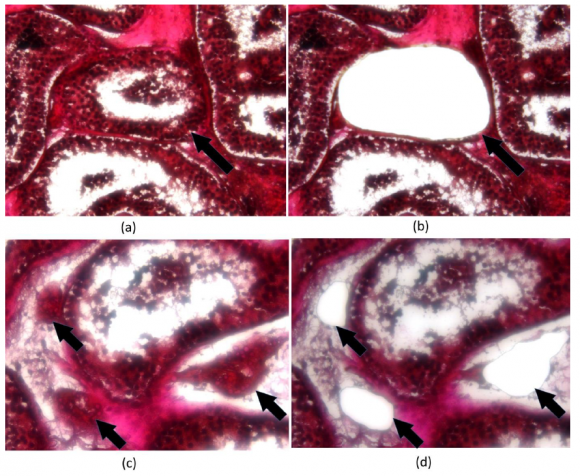 Infertility is a problem that affects approximately 15% of couples, and the male factor is believed to contribute alone or in combination with female factor to about 50% of the cases.
This study is the first one to report increased expression of GPER in testicular tissue of men with primary testicular failure. An application of the laser-capture microdissection technique and the analysis of GPER transcriptional level in separate testicular compartments allowed us to unequivocally demonstrate altered overexpression of GPER mRNA in Sertoli, but not in Leydig cells, which was confirmed at the protein level.

Read the full publication for further information how to isolate RNA in a contamination-free way for RNAseq analysis.