What is Optical Trapping?

Optical tweezers use laser light to generate an optical trap which is then able to hold, move, rotate, join, separate, stretch or otherwise manipulate particles such as microspheres, beads or cells. Therefore, without touching the particle, you can optically trap and move it. This means, optical trapping offer an ultra-precise and contact-free way of manipulating particles.

The optical tweezers principle is based on the discovery that light has momentum. Once a laser beam is encountering an object such as a glass sphere or a cell, the light will be refracted. In the center of the beam, the light will be brighter and more light is refracted from here than from the outside of the beam. As momentum needs to be constant, the object will be trapped in the center of the beam where the forces generated by refracted light is cancelling out. For Optical Trapping, laser based optical tweezers are applied which have the optimal properties to generate the optical trap.

Where is Optical Trapping being applied?

Researchers are using Optical tweezers for a plethora of diverse applications in different research areas, such as material science, biophysics, biology, drug discovery and many more. Optical trapping can be utilized to hold, move, rotate, join, separate, stretch or otherwise manipulate particles as well as single cells. In addition to the above mentioned ways of manipulation, you can measure forces between the trapped particle and anything that is attached to it.

In contrast to optical tweezers, magnetic tweezers generate a trap not with light but with magnetic forces. Magnetic particles can therefore be trapped in a contact-free way. Both systems, optical and magnetic tweezers, can be employed to trap particles which are conjugated to DNA, RNA or protein molecules in the magnetic or optical trap. Thus, molecular tweezers are powerful tools to measure forces. For example, you can coat a micro-bead with a cell surface receptor and let it interact with a cell. The bead can be trapped and pulled away from the cell. The applied force is a measure of the stiffness of the cell. In a next step, you could add drug candidates to test if and how the stiffness of the cell is affected. These experiments can provide useful insights into the chemo-mechanical relationship of drug treated cells and may serve as an additional tool for evaluating therapeutic performance.

As opposed to magnetic tweezers, optical tweezers can directly be used for single cells to hold, move or manipulate them. Therefore, the optical tweezers principles are more flexible as they work for more targets and thus for more applications, especially for biological and cell-based applications.

Which solutions does MMI offer for Optical Trapping?

The MMI CellManipulator optical tweezers system enables comfortable, ultra-precise and contact-free manipulation of microscopic particles, single living cells, or subcellular organisms and the measurement of intracellular activities. The Optical Trapping system can hold, move, rotate, join, separate, stretch or otherwise manipulate up to 2 x10 microscopic objects simultaneously or separately in three dimensions. The wavelength of the laser does not interfere with the integrity of living specimens. 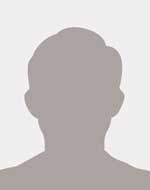 “The MMI CellManipulator Plus optical tweezer was customized on an upright microscope upon our request. The tweezer has been working reliably, with excellent manipulation power and flexibility on various devices, from simply glass slides to microelectrodes on silicon. The MMI service was also professional, fast and considerate.”