What are rare cells?

Rare cells are occurring in a small number within solid tissue or liquid biopsy samples while other cell types surrounding them are highly abundant. Circulating tumor cells (CTCs), for example, represent a minute number of total cells in circulating blood: only 1–10 CTCs can be detected in one mL of whole blood whereas the same volume contains a few million white blood cells and a billion red blood cells. Identification and separate isolation of CTCs from Liquid Biopsies, as one example for rare and single cell isolation procedures, therefore represent a major technological challenge.

Solid tumor samples typically also contain various rare cell types, such as cancer stem cells or specific immune cells (B-cells, T-cells, etc.) which need to be separated and isolated for many downstream DNA or RNA isolation procedures. While B- and T-cells can typically be detected and isolated rather easily by using established markers, cancer stem cell isolation depends on the identification of very specific cell surface markers and on unique tumor cell isolation protocols. Moreover, many tumors are quite heterogeneous and consist of different tumor cell populations. Efficient single cell isolation and separation of these different species is a pre-requisite for meaningful data analysis of single tumor cell clones.

In addition to oncology and cancer research, several other research and diagnostic applications rely on the efficient detection and isolation of rare and single cells:

While some types of analyses can cope with a certain percentage of impurities from other cell types, many analyses require absolutely pure samples to provide meaningful data. Thus, reliable single cell isolation technologies and processes are a pre-requisite for these types of analysis.

For successful single cell isolation, different protocols and procedures are available. Typically, in a first step, rare cells are enriched using different methods, such as filter technologies or magnetic beads. From these enriched samples, single cells such as CTCs can be isolated in a more reliable and less time consuming way than from original, unprocessed samples.

How can MMI help to isolate rare and single cells?

While some single cell isolation protocols require solubilization of the tissue into suspension, MMI also offers technologies which can isolate single cells from solid tissue. The MMI CellCut uses laser microdissection to precisely cut and isolate single cells from solid tissue sections, such as tumor tissue. In addition, single or rare cells from live cell culture conditions can also be excised for further cultivation or for multi-omics analyses. The combination with the MMI CellScan Whole Slide Imaging system and the image recognition software makes detection of rare and single cells even faster and more reliable.

What are the advantages of MMI devices over other technologies?

MMI offers patented and unique technologies to selectively isolate single cells under full visual control both from solid tissue and from suspension, smears and live cell culture. Target cells can be identified in a software-supported way with a high-quality inverted research microscope using different fluorescence markers as well as in brightfield imaging mode. In addition, the MMI systems are compatible with various sample formats, such as petri-dishes, well plates and many more. Intriguingly, the MMI CellCut and MMI CellEctor can be integrated on a single microscope platform and can even be combined with the MMI CellManipulator Optical Tweezer system to optically manipulate single cells. Thus, MMI offers a very flexible, customized and reliable toolbox for the selective isolation of single and rare cells. 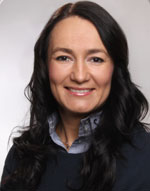 "At Simfo, we are interested in analyzing molecular profile of circulating tumor cells (CTCs), because CTCs reflect the real status of tumor genotypes. CTCs exhibit high heterogeneity within a patient and for this reason we analyze individual CTCs for KRAS, BRAF and EGFR mutations. The MMI CellEctor instrument allows us to precisely select single CTCs from patient samples in order to individually analyze their genomic integrity – an important pre-requisite for our research."