Molecular Machines & Industries (MMI) is the leading provider of microscope based micromanipulation solutions for the life sciences, material sciences, and healthcare. We specialize in single cell handling, laser microdissection, whole slide imaging and optical tweezers for a wide range of clinical and research based applications. MMI is a high value partner for our customers providing worldwide unique competence in microdissection, micromanipulation and imaging. 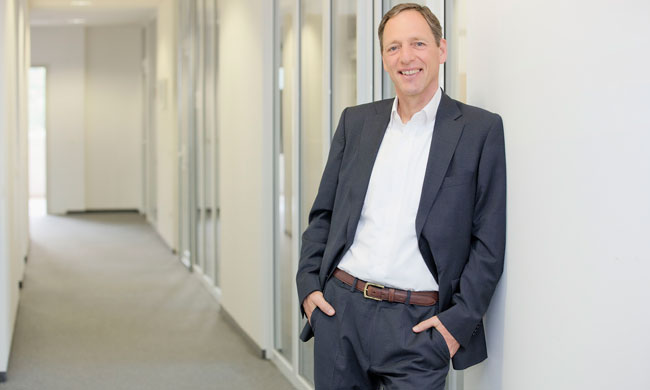 “Our core competency is the development and establishment of innovative, efficient, and cost-effective micromanipulation solutions for specific applications. Thereby we heavily invest into new technologies, quality, and in continual training for our employees and distributors. To meet our quality goals we are continually optimizing our processes, the benefits: state-of-the-art instruments, outstanding sales and service support, and highly successful research.”
— The MMI Management —

Founded in 1992 by Prof. Dr. Stefan Seeger in Heidelberg, Germany, MMI moved in 2001 to Eching, Germany. Since then, MMI emerged into the global market and today has established a broad instruments base all over the world. The MMI head office is located in Eching, close to Munich, Germany. Further offices are situated in Zurich, Switzerland and in Haslett, USA. Along with an established distribution network, MMI is represented worldwide and in a strong position to cater to the global market.

“Every once in a while, a new technology, an old problem, and a big idea turn into an innovation.”

In 1992, it all started in Heidelberg, Germany, with the idea to develop and to construct an optical tweezer. Prof. Dr. Stefan Seeger smiles remembering this time: “During the day, we worked on our PhD theses; during the night, we were engineering”. Stefan Seeger and his partner Norbert Leclerc founded a company called “S+L Gesellschaft für wissenschaftliche Geräte mbH”, and raised money from a medical doctor to build their very first optical tweezer instrument. Of course, they sold it immediately to re-invest their return into the young company.

Already one year later, they moved to Jena, Germany. They continued building and selling optical tweezers, and renamed the company into “SL Microtest”. In 1998, the company received its present name “MMI – Molecular Machines & Industries GmbH”.

Only two years later, a third instrument line utilizing a capillary-based cell sorting technology has been introduced. This development has been initiated by a MMI CellCut customer in Norway, Prof. Øystein Fodstad who was seeking a tool to isolate single cells from suspension. “Prof. Fodstad has been working with his new CellCut system for several months. When we visited him, he mentioned that he requires some additional equipment to pick individual cells in solution as well. So we went back into the lab, we constructed a capillary-based micropipette system and presented it to Prof. Fodstad. And he became the very first user of our new system!”, Dr. Stefan Niehren (CTO) tells us, still fascinated by this successful, user-driven development. “At this time, we would not have even dared to dream about being able to isolate adherent cells with the CellEctor. Today, we can do it!”

Today, all three product lines for the precise manipulation as well as selective isolation of cells from tissue and suspension are fully compatible and can thus be implemented into one single platform based on state-of-the-art microscopes. Intriguingly, MMI is the only company still pushing the limits to further improve laser microdissection. In 2018, MMI launched a new software module, the MMI CellScan, which combines whole slide imaging with laser microdissection thus meeting the increasing demand of pathologists for time-saving and fully integrated solutions. Based on our customers’ feedback, new features are included on a regular basis into MMI’s instrument and software solutions by our experienced development team. Talk to us about your requirements!

Looking for a new job? Have a look at our open positions.